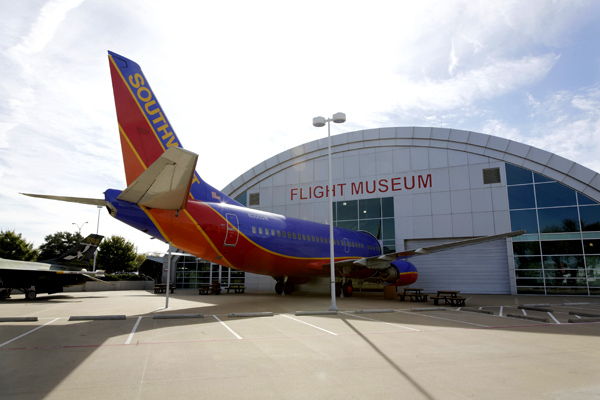 There is no reason to wait for the once-per-year air shows to see the greatest exhibitions of flight and fantasy or touch the powerful and cool metal of some of the most noted planes to ever fly in the sky. The Frontiers of Flight museum is a bit of a misnomer, since it is so much more than a museum. It is essentially, a full air show, gift store, a fun place to visit and more-museum and history lesson all rolled into one-and it is a fantastic place near Love Field in Dallas, to beat the summer heat while having a good time too.

Starting with the museum, visitors can see a wide variety of aviation related items and artifacts, from parts of planes, aviation jackets, helmets, and other aviation related paraphernalia. The items are not limited to just Earthbound/skyward aviation though, since the Frontiers of Flight museum also displays space travel, including boasting that the Dallas Frontiers of Flight museum has on display the only moon rocks in North Texas. Of course, the astronaut dreamer of us all will be impressed by the display of the Apollo 7 command module. 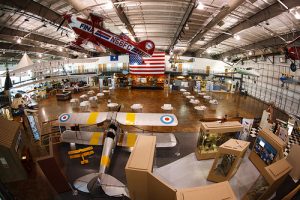 For those who are a bit more hands-on about flying, the Frontiers of Flight museum has open cockpit days where visitors are able to sit in and touch things in a real plane cockpit. For those wanting to take it a bit farther, the flight simulators are a blast. For the kids, there is the FunShuttle, able to be built and flown, watching it climb over 100ft up in the air. What better way to beat the summer heat in Dallas, Texas than hands-on airplay like that?

With the fee to tour the museum and see the flight artifacts and touch and take pictures of planes and cockpits of planes and have a good time while eating the summer heat, you can’t beat the admission price of less than $10 for adults. If your child has a summer birthday, the Frontiers of Flight party tour and package is a great way to beat the summer heat and celebrate their special day!

Located near Love Field airport, at 6911 Lemmon Ave, Dallas, Texas, the Frontiers of Flight museum is only a short drive and central location to most of the Dallas area, and well worth the trip for an outing or adventure, particularly for the flight enthusiast. For those not so interested in flight, check out the annual swap meet – something for everyone at Frontiers of Flight to help beat the summer heat in Dallas, Texas! For more information, you can call the museum at 214-350-1651.